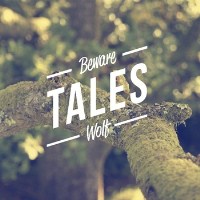 Tales is a short 4-track EP from a trio of lads from West Yorkshire, England. Creating a flurry of indie math rock in a span of more or less 15 minutes, the band’s debut is laden with some fun and catchy tunes worth taking note of.

Made up of Tom, Liam and Sean; Beware Wolf strays away from hiding underneath instruments and instead cleverly mixes varying tempo, beats and smart lyrics to round up their cuts. It’s this eclectic side coupled with the bands pop sensibilities that make each song in this record quite enjoyable.

If you listen to the band’s sound you wouldn’t think that they first had to overcome two big obstacles prior to getting their act together. First obstacle was that, Tom (vocalist) had to learn how to play a guitar from scratch after two of their former mates left their former band, Cub Club; second obstacle was that none of the remaining members actually had proper experience with songwriting.

Luckily, the trio pushed on and decided to learn and build up on their weaknesses. This resulted in the genre mashing, math, indie rock sound that you hear now.

Tales opens up with the rather cheekily titled, Don’t Trust the Crows, They Work for Mordor. The song is upbeat and catchy with unusual rhythm patterns thrown in between. They effortlessly jump from one genre to the next, entertaining listeners as they go. Meanwhile, We’ll Amount to Nothing, is a track that starts off mellow and evolves into a hodge podge of rock as it carries on. From chanty refrains, to hipster guitars, you’re treated to a whole range of sound in this one.

In the end, Beware Wolf is a band worth taking note of. Their debut EP comes with a great mix that’ll thrill even non-math rockers. Go take a listen and download the album. It’s available for free.