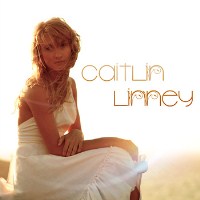 Still in her early 20s, singer/songwriter, Caitlin Linney, can be considered somewhat a veteran in the music business. She first started creating music at the age of 14. By 2007, she released her debut album, Fall Too Fast.

Apart from those achievements, she’s also an academically trained musician; having studied Performance and Songwriting at Emerson College. At the same time, she also took classes at Berklee College of Music.

This self-titled EP is among her latest releases and showcases the artists’ raw and emphatic sound. Echoing a lovely country pop and mellow feel that reminds you of that quiet morning glow.

Equipped with a pop country sound, Catilin Linney easily wins over listeners thanks to her beautiful vocals and catchy melodies. This self titled album was released back in September 2011 and comes with 5 tracks. It was organized and released as a free download over at Kickstarter to help gather funds for an upcoming full length compilation.

Opening with a slightly country rock track, titled Bones; the singer adds that resident twang in her voice making the track reminiscent of Shania Twain in more ways than one. Meanwhile, Chasing Ghost was a major track for the artist as it was chosen to be the closing cut on “Stefanos Sitaras’ short film “Colors of the West.” It’s a melodic cut that’s surrounded by acoustic guitars and quiet piano work. The song also features Natalia Tsalli doing backing vocals. The rest of the tracks are equally charming and plays on Caitlin’s strong points like her vocals.

Overall, the album might be short but it’s nice to listen to if you want something calming and soothing. If you listen closely, you’ll find a whole lot of influences on here from country, pop, folk to rock. It’s all nicely mixed together to create a gorgeous short record. Go ahead and take a listen.