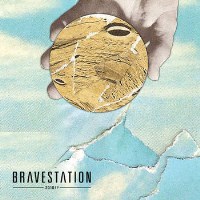 Even though new wave has somewhat taken its course, occasionally there are bands that transform this standard genre into something so much more.

Bravestation is one of those bands. Taking the typical new wave/hipster sound and weaving it together with lush melodies and colorful instruments.

The band is from Toronto and this EP serves as their debut compilation. It came out back in 2010 and has been praised for their distinctively likable sound.

Bravestation’s EP has been dubbed by one reviewer as “one of the best albums of the year…occupying a space somewhere between The National and The Killers.” This might seem like a stretch but the more you listen to the record, the more you’ll realize there just might be something to this comment.

Most of the other tracks showcase the bands admirable sense of sound. They skillfully and easily jump between genres, giving listeners straight indie new wave one second then showcasing an electro dance track the next. Among my favorite tracks include Their Calling and Outlines of Everyone. There’s also the catchy opening single, White Wolves.

After you take in this album, you’ll know there’s very little doubt about the band’s capacity to impress. Their sound is both familiar and unique. With smooth harmonies and a catchy rhythm, you’ll find the songs are worth your time.

Go ahead and grab the record. This one is available for free download over at their BandCamp page. You can also check out their latest compilation, Signs of the Civilized after you’re done with this.