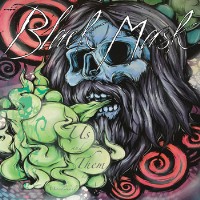 Black Mask: Us and Them

It’s rare to find good quality music being offered for free online but when you do find them, you’re rewarded with a new artist to love and great new music to enjoy.

Us and Them is an indie hip hop album that’s certainly a good find. It was recorded and released by a group of friends who call themselves Black Mask.

Originally made up of Maulskull, America Smith, B-Nuggs, INfluence, Noby One, Joe Kirschner, Dean Wakerlin, Dustin Thompkins and Milton Minasko; the crew has downsized to a six piece from a nine. Despite the dwindling number, they still churn out music that’s worth grazing your ears.

The boys have a roster of singles and albums under their belt. A few of these include, Pretty Stone E.P. which was released last year; Ugly Stick released in 2010 and Crow Food which was a set of tracks recorded between 2006-2008.

Despite being smaller this time around, their sound is more coherent and consistent as ever. Opening Us and Them is a smooth hip hop cut, Kill-O-Bytes (DB3.) Filled with mature language, the song showcases resident beats that make it quite enjoyable for any hip hop lover. It’s a great opener and has a stake at being one of the best on the record. Speaking of the best, there’s also For Now, Left feat. INfluence and Shadows (DB3) that are worth listening to.

Even though at times it is predictable (you’ll get the typical autotune and beats you’ll likely find in a majority of hip hop records)  is also works as one of the albums strengths. You’ll find quality recording and superb sampling, much like any mainstream/professionally produced compilation as well. The only difference is that you can enjoy this one absolutely free.

If you like it old school though and want to help out the boys, you can buy a physical for 10USD. You get two copies so you can share it with your best bud. Grab it and enjoy!