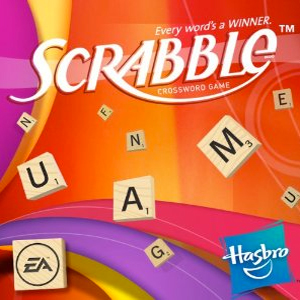 We have had an overdose of HD games, casual games, arcade-action and the works. So now it’s time to feature America’s favorite word game and yes it is Scrabble. This game has taken the world by storm and has made spelling fanatics go weak in the knee. Scrabble is available in the iOS version and will surely make nostalgia creep-in for the hardcore fans around the world.

Created by EA Inc., they are one of the finest game developers present on any platform; coming out with some of the most amazing titles for the iOS platform, such as, Dead Space, Monopoly, and SIM CITY. Scrabble takes cue from the best and does not disappoint at all.

The game has a plethora of options to connect with Facebook and also gives players multiple options to play the game in different ways. Once integrated with Facebook, players can either choose to play against their own friends or just add someone random from the game list.

The user-interface is very EA like and takes many ques from the past EA board games developed. No matter what the scenario, Scrabble feels and looks right. EA has done a great job by giving players the freedom to either play alone, versus three other opponents in Pass N Play mode, or against the computer. It is a totally user dominated area.

The game packs-in a very interesting Teacher option that will help a player in improving their game over a course of time. On tapping the Teacher option in-game, a player is immediately shown the highest-scoring word that could have been used. The game offers three difficulty settings and advanced players will be comfortable in beating the computer at these setting without breaking a sweat.

Overall, the game is great and really brings Scrabble to life on the iOS ecosystem. Moreover, being an EA product, a developer known for its gaming poweress, things can usually not go wrong here. So all Scrabble lovers, enjoy to your hearts content with this offering.