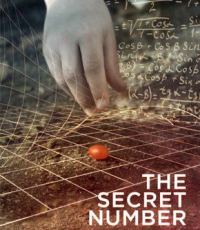 Hop on an intense, psychic experience with The Secret Number directed by Colin Levy.

Based on the short story The Secret Number by Igor Teper, this psychological sci-fi drama has already made a splash on the festival circuit and garnered numerous awards such as the Best Student Film (Savannah Film Festival), Langan Student Cinematography Award, City of Savannah Award, Jury Award for Best Short Film (Charleston International Film Festival), and an Official Selection for the Newport Beach Film Festival.

Meet Dr. Simon Tomlin, a psychiatrist whose world is thrown into question after a troubling conversation with one of his patients-a briiliant number theorist Ersheim, who intends on proving the existence of a secret integer between the numbers three and four named “bleem”. As Tomlin digs deeper into the nature of Ersheim’s delusions, he only uncovers more questions about fate, connection, and reality.

Keeping the tension and a pitch of delusional ideas, the screenplay by Teper and Levey makes a strong foundation for this 15-minute short film. I love how the scenes are interconnected in such a way that you are continually guessing and picking up clues with each brilliantly scene.

Another impressive feature of this film is its on point production. The shots were crisp, the lighting were artfully done, and the music to perfectly underscores the increasing mystery and confusion.

It is always a constant pleasure to discover a film that can equally weigh the narrative with its technical effects. The Secret Number is a visual masterpiece that pours professional production, as well as healthy does of chair-gripping madness.