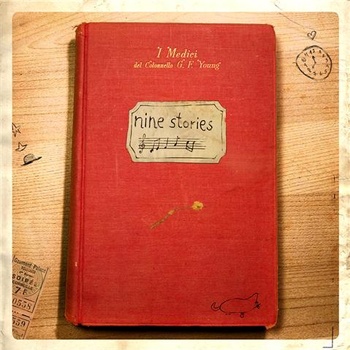 Being the brainchild of 80’s born musician/composer Nacho Ruiz, the musical project is rooted in a pop acoustic sentimentality, but is certainly not limited by the form. By incorporating a plethora of instrumentations, Ruiz stretches his music in some very interesting directions.

This self-titled album, which was released in May 2010, offers 14 tracks that’s been written by Ruiz himself and was recorded in Brazil Studio (Madrid) under Javier Ortiz.

Jumping atop bubbly guitars, All The Sad Young Men opens up with a carefree sensibility. The addition of soothing violins make this track the perfect piece to set the overall mood.

Making use of glowing piano keys as forefronts, Reviews & News definitely sends sparkles to the ears. Aloha Blue, on the other hand, focuses on tasty guitar strings. This track is simple but brilliant, I love how the Hawaiian tune perfectly blends to the sweet vocals.

Dizzy closes up with an acoustic charmer that’s been delivered in a genuine and honest manner. The piece perfectly settles in with its flawless and unpretentious melody.

Nine Stories embraces something that’s distinctly new to the ears. The vocals and tunes exudes a solid tang that’ll surely find its way into your heart.