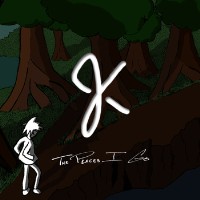 Jacke Karashae: The Places I Go

The Places I Go may not sound as polished as you would expect but it’s clear that the passion and heart for music is there.

The young musician behind this record, Jack Karashae is “an independent recording artist who loves the intricacies of multigenre music, is the Mad Scientist of Music.”

This 10-track record contains upbeat energy as well as an interesting mash-up of genres. From piano ballads to indie pop and occasionally, heavy rock; the album bears nice little surprises here and there.

According to the description on his BandCamp page, this is a debut project for the artist and “it is both a narrative that carries the listener through a tale of delusion, desperation, depravity, and deliverance and an exploration of the musical possibilities of rock, heavy metal, and folk when combined.”

Indeed, you’ll find a hefty mix of genres from the record. Don’t be surprised if one second, you’re humming along to sweet indie pop and the next you’re greeted with some loud rockin’ punk beat.

This is both good and bad. Bad, in that, it seems a little too all over the place at times and doesn’t really showcase a single direction. Then again, this is his debut compilation so that’s a little forgivable. The good part however is that it gives listeners a glimpse of the artists’ range; how he can turn up the volume if there’s a need or how he can easily tug on your heartstrings if he wants to.

Several tracks worth noting include opener, Traps; title track, The Places I go and I’m Alive. You can also check out his contribution for Monk Turner’s latest compilation.

In the end, everybody has to start somewhere. It’ll be exciting to see his upcoming compilations and which direction he ultimately decides to take. For now though, take a listen. I’m certain there will be a couple of tracks  on here you’ll want on your playlist.