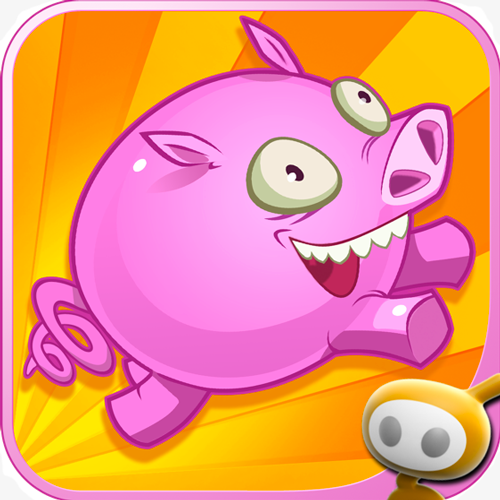 Ham on the Run

In Ham on the Run by Glu Games, you goal is to help a pig eat veggies, run and jump on the heads of chickens. The controls of the game are very simple, in fact it doesn’t have any instructions when you start it up, as you’ll immediately start playing.

The setting is that of a carnival and you’ll see the pig simply running and running. If you want the pig to jump while she’s at it just touch the screen, and make sure you hit chickens’ heads so you can get the bonuses. If you can hit four chicken heads consecutively, you will be taken into the bonus level where you can get more vegetables. These veggies can be used to get more bonuses and prizes from the prize wheel. But the game isn’t just about grabbing veggies, as there are a lot of other side missions that you have to finish in order to move forward.

Ham on the Run has in app purchases but you don’t need them to complete the game, as there are plenty of vegetables around. Also, Ham on the Run isn’t as easy as it sounds, as there are obstacles around the carnival in the form of rockets, cliffs and all sorts of traps.

This isn’t just a fun game, it also looks great, as the graphics are bright and colorful. Control wise it is very easy. Make some short taps for smaller jumps and tap longer if you want the pig to make bigger jumps. Make no mistake about it; this is an addictive little gem that is definitely a lot of fun.

Related Links:
Ham on the Run on iTunes
Official Website