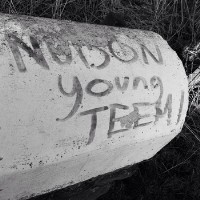 Scottish Fiction isn’t exactly a band but instead in his own words, “one man’s attempt to promote, discover, and introduce new music via our monthly free EP’s.” It’s quite a feat but definitely a great way to discover new bands, both new and old.

Since July 2011, the site has gathered together different bands (mostly Scottish) and the site also allows bands to submit their music for review.

Despite being a short EP, with only four tracks to boast off, Scottish Fiction ensures that each cut is worth its weight. From the getgo, you’re greeted by a frenetic set from The King Hats. Burning Bridges is a mixing pot of indie rock, melodic pop and blissful noise. There’s also a slight DIY touch to the band’s sound that makes it endearingly unpolished.

Following closely is aLCATRAZkIDz with Looking for the Rain. The current three-piece was started by Graeme Kerr back in 2010. The musician gathers influences from the likes of the Foo Fighters and The Beatles. On their Facebook bio, they describe themselves as a “power pop rock group who write songs with killer riffs and catchy hooks.” From the sound of it, they do have a knack for churning out a catchy tune.

Third track, Murder from Thula Borah deviates a little bit and adds a somber melodic piece to the short EP. Thula Borah is a Glasgow quartet that sprinkles their sound with post rock goodness. It’s a moody piece that’s worth noting in this four-track gem. Closing the record, is Father Sculptor with Ember. It’s a track that seems uprooted from a folk religious album. Bearing a hint of melancholia along with a touch of wistfulness, it easily balances the upbeat opener.

Scottish Fiction’s April EP might be short, but features a bunch of really great tracks that makes the compilation worth listening to from beginning to end. Don’t miss this one.