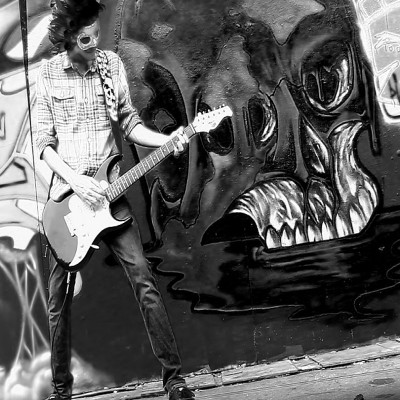 PunkANation: The State of Mind on the Violent Side

If you listen through this album, you’d be hard pressed to believe that PunkANation is simply a one-man project. Truth is that, it is. The man behind all that noise and punk rockin’ goodness is Ashwin Rao.

Obviously, he has a very special affinity for punk rock. The State of Mind on the Violent Side is, according to him, still under the mixing and mastering process. However, for those who love the gritty sound of DIY music, he’s put it up for free download.

The album is a 10-track compilation that should be considered one of the best punk rock finds for the year. It’s raw, dirty, traditional and absolutely awesome!

The album itself was released on Bandcamp last November 2012. It opens on a high note with Goldilocks and the 5C’s. True to form, it’s an unforgiving barrage of repetitive guitar riffs, slight shouting and rolling fast drums which is at the core of punk. It definitely starts the album right and gets you up on your feet while also offering a unique touch.

Clarke Quay and The Ballroom Mayhem showcase more of the loud madness. Although it’s not exactly his forte (my personal opinion) he does offer quieter tracks on here like the title track, The State of Mind on the Violent Side.

Nevertheless, the album is perfect for anyone who appreciates the genre. It’s expertly done like any other great punk rock album of the yesteryears. Plus, when you think about the fact that only one guy recorded the vocals, plays both guitars and writes the songs; well, it’s kind of mindblowing.