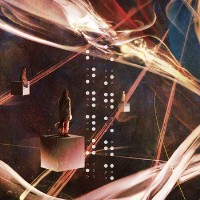 Originally from New Zealand, the band has relocated to the US in 2010 to focus on spreading their sound and touring the continent. No strangers to the festival circuit, the boys have also performed plenty of awesome sets in support of Amanda Palmer and Gary Numan.

This self-titled record carries 10 progressive cuts including two remastered tracks from their debut EP, The Half Light Symphony.

Battle Circus is for anyone who adores sweeping melodies and a progressive rock sound. The album is epic in many ways; from the arrangements, the instrument work and even just the overall expansive feeling it conveys.

Setting gears in motion is the six minute single, Beggar Turns Thief. Like much of the record, the track leaves listeners a feeling of grandiosity and entitlement. Echoing Matthew Bellamy-high-pitched vocals in parts, the song serves as a good introduction to the band’s sounds.

Galacticus goes all out with its sweeping set of instruments coming into play. One of the most elaborate cuts on the album, it mystifies and mesmerizes at the same time. Meanwhile, Clockwork, takes the quieter route. It’s a moody piece akin to walking in a snow-covered forest on a gloomy winter morning.

This full length debut takes no prisoners. It is intriguing, complicated and sonically pleasing to various audiophiles. If you have something against concept records and elaborate tracks (or if Muse isn’t really up your alley) then you might want to skip this one. Otherwise, grab it and go. This should be a great album to add to your playlist.