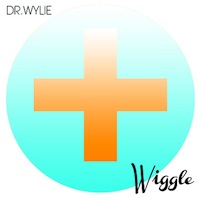 DJ/Producer Dr. Wylie inches his way to indie prominence with his latest musical offering, Wiggle. Jampacked with ten tracks of pure electronic goodness, this album will give you a steady hook, just like his previously arranged and produced mixtapes of Toussaint Morrison.

Released last October 2011, the set opens up with GFGDGT which features a plethora of steady electro beats and splashes of tinged tones. Robot Love follows with a heavenly, theatrical approach in electro music.

Wash Myself calms the senses in long, lingering tunes that penetrates deep into our ears. Accompanied with short sporadic beats, this track perfectly combines rhytm and melody into one sonic gem.

A soundtrack for the lazy weekend, Chill lives up to its title with smooth flowing beats reverberating in and out of each tone. In Little Boxes, our ears are treated with a funky video game-ish sound that’s both entertaining and who lifts the energy a notch.

Overall, Wiggle takes electro and dub step into a higher level as its willingness to experiment with different textures blends well with its laid back warmth.