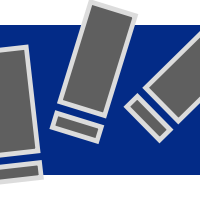 Urban Terror is a free first person shooter multiplayer game for Windows and the Mac. Developed and published by Silicon Ice Development/Frozen Sand, LLC it is a tactical shooter that combines elements from classic FPS games while adding new features that make it more engaging. You get to do a lot of shooting here, but your character can also perform some cool feats.

Urban Terror gives you a number of weapons to use, and there are also lots of items and equipment available. But you can only carry a few of them at a time, adding to the sense of realism. It’s also worth pointing out that damage can be severe if you’re not careful.

There are many different maps in Urban Terror, so it doesn’t feel like you’re playing the same game repeatedly. Aside from your opponents you also have to deal with the weather. The effects of the weather add another level of realism, and this can be controlled by the administrator.

While you can’t carry a ton of weapons and items, your character can perform a variety of feats, such as moving quickly from one area to another. You can also do power sliding and wall jumping. The jump maps are very important particularly when playing in specific maps.

There are also several modes in the game including the Capture the Flag, Team Deathmatch, Team Survivor and many more. Players here have one primary weapon and a secondary one. There are slots for three items and you can collect items from dead players.

Urban Terror is a very popular game and is updated regularly, so y can expect large numbers of players online ready to play.