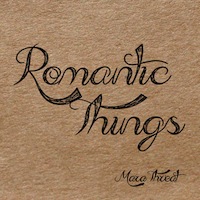 The album is composed mainly of acoustic songs, which involves guitar playing. Aside from her acoustic side, she claims to have a little bit of a folk punk effect. Among her music influences are Tim Barry, Lisa Mitchell, Frank Turner, Audra Mae, Darren Hanlon, Jenny Lewis, Kate Nash, Ryan Adams, Chuck Ragan.

Romantic Things oozes in love vibe, as the lyrics say “I can’t believe that the way you look at me is real. And when I say I think I’m dreaming, you say you must be dreaming too. I just want to do romantic things with you.” It is pretty obvious that this song is for gooey romantics.

Mara Threat is currently based in Sydney, Australia; thus, included in her album is a song about this city. She describes the place as the “strangest thing to my soul,” yet she claims this place to be her beautiful home. She talks about how Sydney treated and accompanied her during the good times and bad times.

Fools Sleep Alone, is a song about mistakes that people make and their struggle to move forward after all. “I only ever hoped that one day I could make believe that all the roads I’ve travelled and the blisters on my feet would all add up to mean that I was finally going somewhere” —a powerful lyric that talks about hoping for something better after all the damage done.

Whether listening on your iPod on a rainy day or driving yourself off to somewhere, this album will keep your head cool and keep you inspired all day.