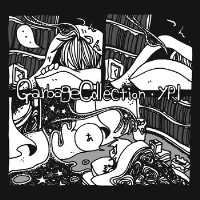 If you have a soft spot for poppy Japanese songs, then you just might have found a best friend in Garbage Collection by ypl.

Contrary to the album title, this is nowhere near garbage and actually resembles an upbeat and cutesy Japanese pop fest. Filled with gorgeous synths, rhythms and electro girly vocals, you’ll feel right at home.

Not much is known about the musician but the record speaks for itself. It won’t be surprising to find this on anyone’s “favorite music” roster at all.

Despite being readily accessible, it takes a very specific audience to appreciate this Japanese pop/vocaloid ensemble without feeling like it’s child’s play.

The album contains 13 glorious tracks that resonate with synths, cute electronic vocal work and twinkly instruments that make it seem as if you’re traversing a complex dreamworld. If you love Japanese anime then you’ll understand how some of these tracks seem tailor made as opening or closing tracks that would run over anime shows.

Starting with CRL2668 (it’s one of two cuts who’s title I can actually read), the song features layers of rockish sounding guitars in the background while the foreground abundantly echoes with a nasal girly refrain. You’ll find that the cut is simple in its delivery but if you pay attention you’ll find hidden gems underneath, whether it’s the synth or guitar work in the background. A few other tracks to check out while you’re at it include the catchy track number 10 as well as the eclectic track number 3.

Overall, even though it’s a couple of years old, the songs on here retain a certain freshness. Maybe it’s the vocaloid vocals but they seem timeless in their beats and rhythmes. Each song feels a welcome escape into the land of dreams and good vibes. Go ahead and grab the download. It should be fun.