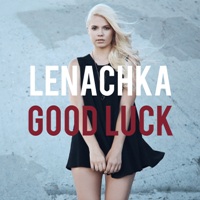 Modern pop has a promising new face in LA-based singer/songwriter LENACHKA. The songstress takes on the spotlight with a collection of four pop anthems that’s accessorized with cheer-along melodies, catchy tunes, and whatever the cool kids listen to these days.

The compilation opens up with Good Luck, which was featured in the artist’s self-titled debut EP released in September. Co-written by Grammy Award-winning producers Mike Elizondo and Charlie Peacock, the song fleshes out ear-popping dance beats dressed in a tempo that’s reminiscent of disco or a Kylie Minogue song, toned down version. LENACHKA’s voice is quite polished, but still has that grainy feel to it, which adds another dimension to this pop-infused track.

Hard Target cleanses the palette with a salvo of lush, effortless vocals that flow waywardly with sunshine-filled harmonies and lounge arrangements that seem impossible to cram into three and a half minutes of pure pop goodness. However, LENACHKA manages to do it, with elegance and class to boost.

In Play It Slower, the artist employs ambient musings that gives an atmospheric vibe to the piece. Aside from the fact that the song leans on the spacey, ambient department and LENACHKA’s voice (at times) is layered, the track still manages to stand within the pop territory.

Track by track, LENACHKA sheds a layer of her musical prowess and shows it to us through this collection. The four songs here are distinct in their own way yet still work as an organic whole with LENACHKA’s distinct voice tying them up together.