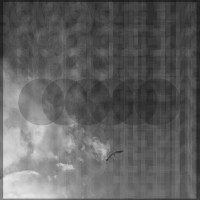 Layers is the latest chillout release from Tom Cascino, aka Broke For Free. With a prolific number of remixes and releases under his belt, this Santa Cruz artist is sharing his latest compilation absolutely free.

The album is a beautiful mixture of synths, drums and mellow instrumental beats that make for a good soundtrack during your nap time or if you just want to zone out and not have to worry about flipping the music controls every couple of minutes.

Containing 10 free tracks, the album is offered as a free download under a Creative Commons license.

Starting the compilation with a moody track titled As Colorful As Ever; the song combines heavy bass and synths to create a dark trippy atmosphere. Perhaps one of the best cuts on the album, it’s a track that best describes waking up the next day after an all-nighter. Fusing electro synth with a touch of hip-hop, the tracks often come out with heavier bass dubs and catchy beats.

A few other tracks worth noting include the jazzy pop cut If; the haunting cut and the closing single A Year. The last cut is more subdued and rounds up the compilation perfectly.

Overall, Layers lives up to its title. It provides plenty of great “layers” of sound that listeners can easily get lost in. Whether you’re listening to it alone in the middle of the night or if you want it to serve as a soundtrack to a gloomy morning, the songs are meant to be enjoyed as they are. Take a listen and hit the download link. Enjoy!