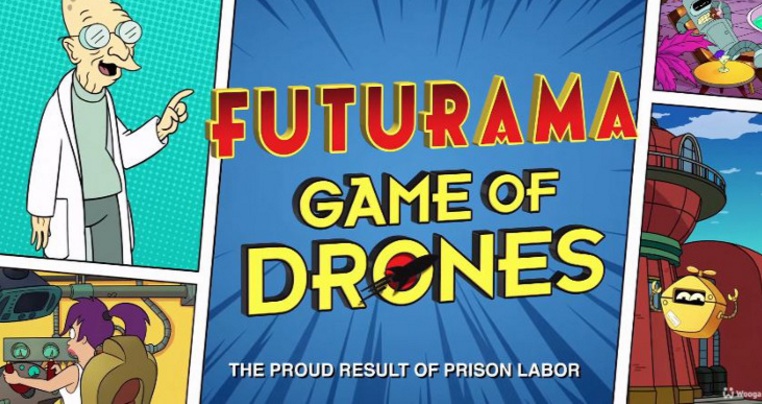 Futurama: Game of Drones from Wooga Games is a match 3, or rather match 4 game, but before you say “not another one”, give this a chance because it’s one of the better matching puzzle games around, and it doesn’t hurt that it’s about Futurama. While the basic matching elements are there, the game offers enough diversity to keep you interested.

Rather than fruits or gems, you will match drones, and it’s done with the usual finger swiping and tapping. The key thing to remember here is you need to match 4 instead of 3, and that alone opens the door to a lot more possibilities in the game. If you are able to match 4 in a single move, you will get a lot of power ups to help you out.

You can also create a laser beam to remove a whole line or a bomb that blows a whole area with just one hit. You should also try to get a colorful power up which you can combine with a drone for an extra boost, and you will need them as Futurama: Game of Drones moves at a fast clip.

Some of the levels require you to match a specific amount of drones, while others involve cleaning up. There is a vast array of obstacles thrown your way too, and really, Futurama: Game of Drones often feels like more of a puzzle than your typical match 3 game. There’s a life system here but it’s not going to bother you much, so check it out.