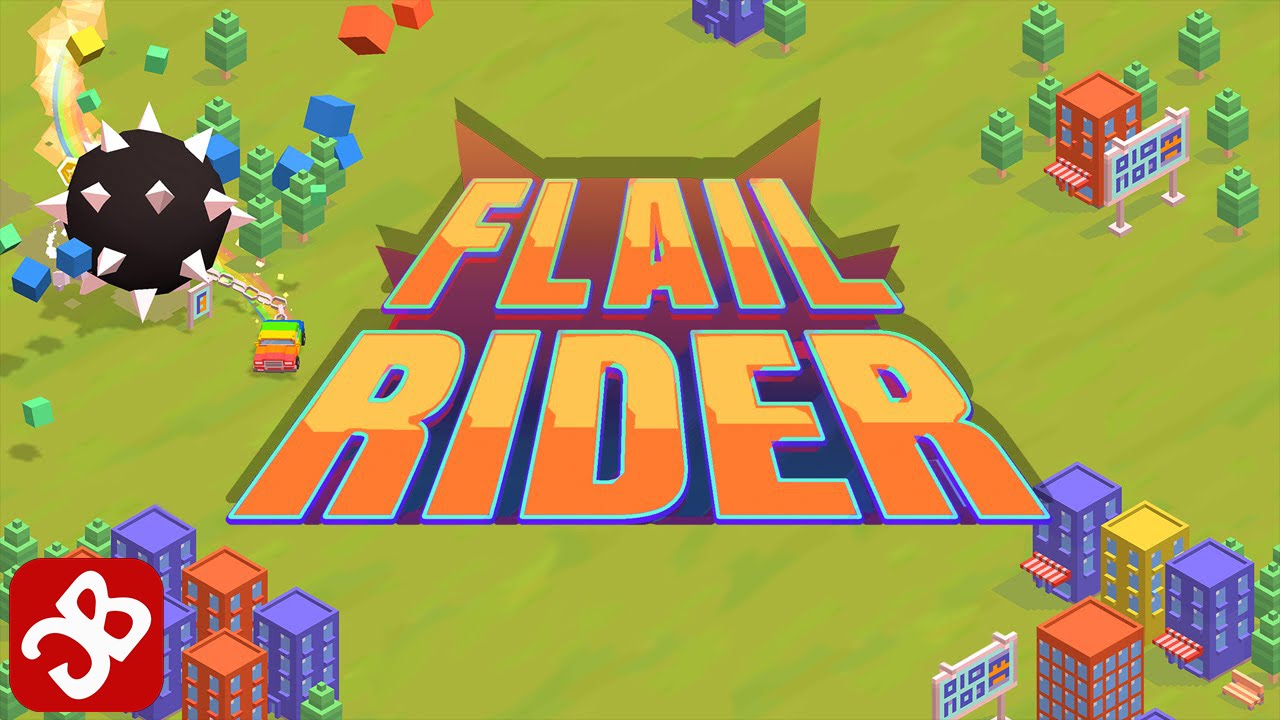 Flail Rider from Bulkypix takes the concept of the driving game to another level. It’s not just because it has 3D blocky graphics, but it is physics based too. You can think of it as a physics based, arcade racer where you drive around while pulling along a large spiked ball.

Its top down view lets you maneuver a small car through various 3D arenas such as tropical lands, temperate zones and winter areas, and your goal is to race and try not to crash in the structures while the spiked ball behind smashes everything around you.

There are three types of cars to choose from, and the smaller the car the smaller the ball. However the smaller ones are harder to handle than the big ones, so you need to make your choice carefully. The one thing you need to keep in mind is that the flailing ball behind you depends on the centripetal and centrifugal forces produced by your car’s movement, so your goal is to move your car accordingly.

The controls are simple to figure out, but it’s going to be challenging as the camera sometimes makes it hard to determine if you’ve hit the targets. Nevertheless it’s a lot fun to try and score as much as you can, and the countdown timer is not going to bother you much. The longer you play Flail Rider, the more cars you can unlock, and since basically you just need to use your thumbs to play, getting the hang of it is not hard at all.