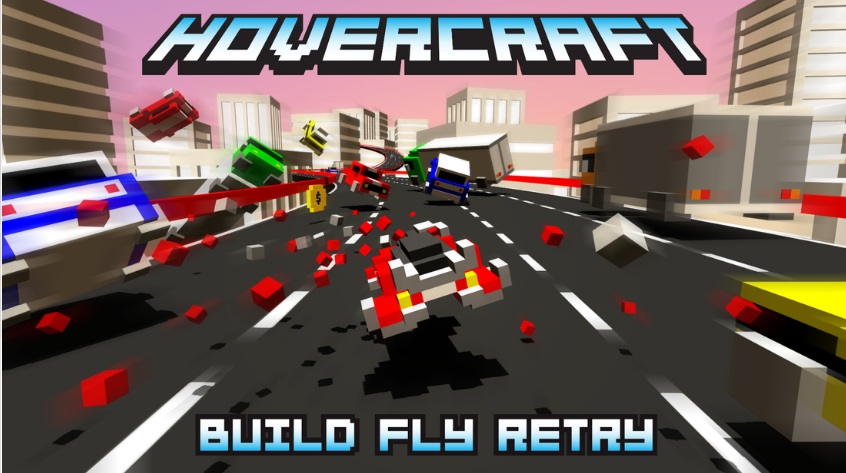 Hovercraft – Build Fly Retry from High Score Hero is at its heart an arcade racing game, but it’s also something more. It’s an arcade racer where you can custom build your ride and arm it to the teeth. You can build any type of hovercraft you want, ranging from those that look like sports cars and other vehicles, and that’s just for starters.

You race through traffic, blasting rocks and other obstacles in your way and try to avoid getting hit as possible. You can ride any of the pre-built hovercraft or build one from scratch, and once you’ve got your hovercraft it’s time to start racing. If it’s your first time you might crash fairly often, but that’s not problem though as you can restart by tapping the center of the screen.

There are coins to pick up along the way, and once you collect a certain number you’ll be able to unlock new vehicles. Collecting vehicles is part of the fun as the hovercrafts come in the form of spaceships, bumblebees, flying ninjas and so on. The nice thing about these vehicles is their handling is similar so there’s no steep learning curve here.

Hovercraft is a really cool game and considering the genre is packed with a lot of games, this one manages to stand out visually. If you’re into colorful arcade games and want the chance to custom build your own ride, then give Hovercraft a try and you’ll probably get a real kick out of it.