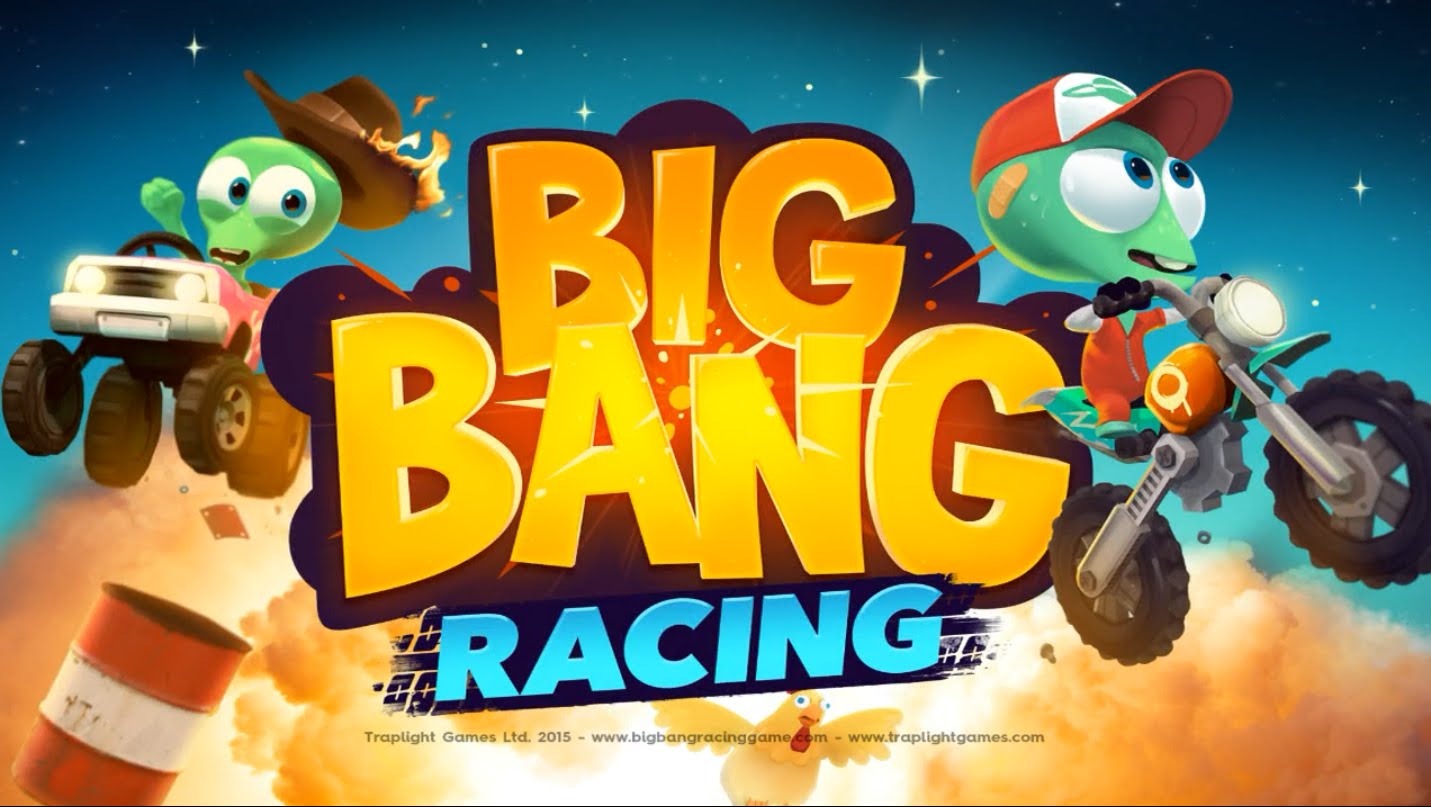 Big Bang Racing from Traplight Games is a driving game with lots of explosions, crashes and cartoony action. This isn’t a racing simulation where you have to tinker with the car or anything like that. Instead Big Bang Racing is all about doing flips and is less like a typical and more of a platformer / racer combo.

There are four buttons, two of which control your movement to the left and right. The other button lets you right the car after a tough flip and the last button allows you to twist your ride in mid-air. You race to get on top of the leaderboard, and in the process you upgrade your car to better compete against the rest.

Like any good racing there are nitros for your car to give it a boost, and by manipulating the buttons you control the car and race to the finish line, all the while grabbing as many items around you as possible.
One of the nice things about the game is the availability of multiple modes. There is a ghost mode where you race against other top drivers, and another where you try to finish before getting wrecked. The third mode lets you make your own tracks.

Creating circuits is as easy as drawing with the pen and erasing with the eraser. By grabbing the coins around you can add obstacles to the tracks you create. Even if you don’t plan to create anything, the default tracks are pretty good. There are platforms to cross, loops to pass, avoid obstacles and so on, and it’s all a blast.