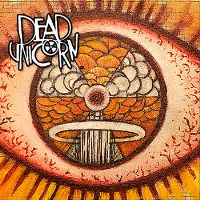 For those who want a break from all the indie rock they’ve been playing lately, Dead Unicorn can provide something more potent.

Global Thermonuclear War is a hardcore slight emocore rock record that provides louder drums, vocals, bass and pretty much everything. This is the sophomore album for the band after their initial release, Yellow Supervolcano.

This one is about two years old and is available for free download over at BandCamp. It’s also licensed under a Creative Commons.

Although the boys are currently more focused on running Music for End Times, their label; it doesn’t mean that they can’t churn some good tracks as Dead Unicorn if they want to. The people behind the label and the sound are primarily Zac Shaw and Paul Heath.

Global Thermonuclear War is a 14-song compilation that combines samples, deep bass, occasional screaming and some fast drums. Starting the album loud and proud, So Much For Us is an easy favorite. With slight wailing and skillful bass playing, the song is essentially a template of good hard screamo rock. Although the recording isn’t that clean, the unpolished sound adds a nice touch to the aesthetic of the record.

Meanwhile, other must-check out songs from the album include Hiroshima, which includes a sample as well as some really angsty lyrics. There’s also Defcon and final track, Big Finish. The nice thing about the album is that it contains little bursts of intermission tracks particularly, United States of Emergency, First Strike, and ICBM; all of which are worthy gems if you ask me.

This is a great find for those who love screamo and hardcore rock. Most, if not all of the songs are likable and something that you can leave playing without much thought. Take a listen and enjoy!