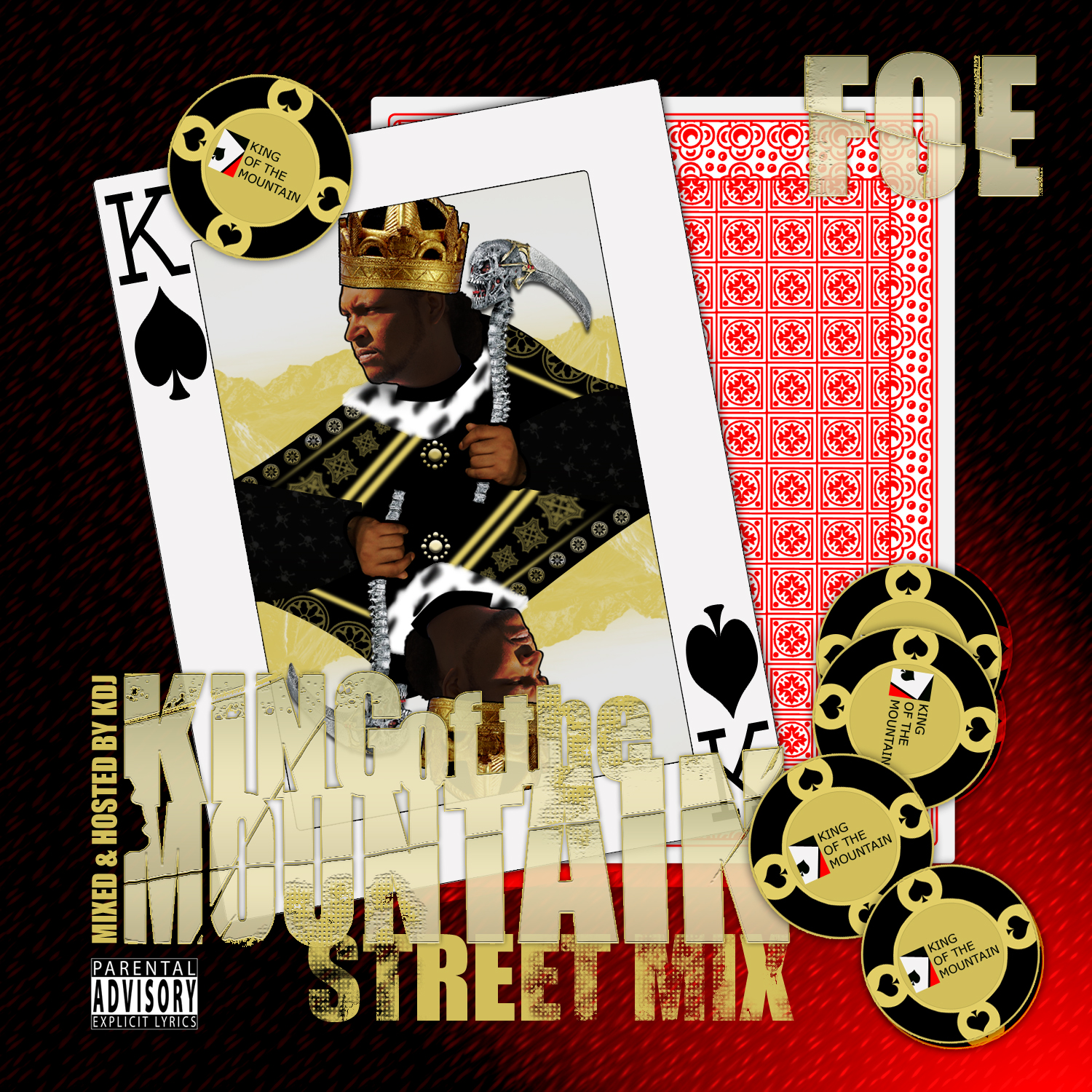 FOE “King of the Mountain” – hip-hop without the bling

Most people associate hip-hop with blings, cars and girls. But FOE makes it different – he brings real hip-hop with a mix of R&B and rock his listeners. With the help of his long-time friend and now music producer 800 the Jewell, King of the Mountain was produced as  FOE’s first solo release, with the goal of making Jewell Tyme Music a household name.

King of the Mountain is a 19 track album with a number of featured artists that FOE says he has never worked with before. Yes, it is hip-hop, but it isn’t the typical hip-hop music that you hear nowadays. FOE brings the real life to his listeners with his songs which talk about life experiences such as jobs, kids and bills.

FOE, or Father of Enemies, named himself as such because he always speak what’s in his mind, and he tends to provoke or offend other people, causing them to get mad and make enemies. FOE says he kind of ‘breeds’ these people and makes him ‘their father’ in that sense.

He regards his mother as his biggest influence since she had face a lot of hardships and difficulties that she managed to overcome without ever showing a moment of weakness.

FOE has been writing in his “Big Chief” notebook since he was in first grade. He started out with some poems and short stories, and then realized his love for rap when he witnessed an older cousin doing some rap in a family reunion. Since then, he entertained his friends and schoolmates with his witty lyrics and open mind in school corridors. He also joined some talent shows, and by then, it was quite obvious that little FOE has found his passion in music.

FOE’s songs may sound provocative, outspoken and maybe a bit rude for some, but admit it – these are the things that truly happen around us in the real world: without big houses, fancy cars and blings.