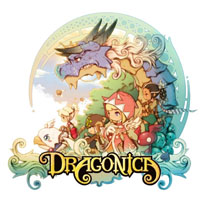 Admit it – once in a while, you want to relax after a stressful day and play some games. While others are deemed as ‘hardcore’ gamers, there are also some who just play casually, and this game would definitely appeal to both casual and hardcore gamers alike.

Dragonica Online is a 3D massive multimedia online role-playing game (MMORPG) produced by Barunson Interactive and published by various developers throughout the world. It has been under development since 2006, and have just recently been released in respective regions with different languages like Southeast Asia & Oceania, Europe and North America. There are also Chinese and Korean versions for China, Taiwan, Hongkong and Korea.

It is a free-to-play MMORPG, which means you can download and simply play after registration. However, it has a Cash Shop wherein you can buy premium items for in-game use by topping up card. You can buy physical cards in game stores nearby or buy electronic pins online. Some cash items are costumes (either 7 or 30 days), weapons, armor, and potions for multiplying experience points, but no worries – you can get loads of fun out of this game without spending a penny too!

What sets it apart from other MMORPGs is that it’s side-scrolling. Yes, you get to move left and right and won’t be able to rotate the camera views. It’s actually easy to play compared to other complex MMORPGs (even my 3-year-old godson learned to play it.) Dragonica Online removes one problem in most MMORPGS: the mouse. Basically, you just need to use your keyboard when you play so it’s really easy to play, even for notebook and laptop users.

You can choose 4 jobs at first – Warrior, Archer, Magician and Thief. You can get quests from people in town, or PvP (player vs. player) against other characters, wander around the map and level up as you kill monsters. As you level up, you can get 2nd job according to your chosen job. Some items and equipments are also dependent on your skills and your job class.

I personally find the game quite interesting (so interesting that my brother says I’ve found the next game that I’ll be addicted to…), and quite easy to play, too. You just need to run, shoot, use skills, use potions and jump. The interface is also user-friendly and though it may look a bit childish, the quests and other missions are very challenging, indeed.

Don’t let the little, cute characters deceive you, though. They offer hours of fun gameplay once you get started!