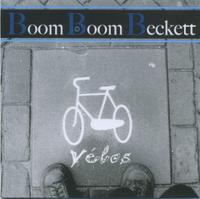 Almost each of the music track features the sexy sound of saxophone, paired with a little play on the bass and the drum beats, so be prepared to feel a little sexy while swaying your hips.

Boom Boom Beckett hails from Turin in Italy. They were originally called ‘Hipster Bros” in 1996, which eventually evolved to what they are today. Their catchy jazz tunes and sensual saxophone melodies are what most people like about them, bringing fresh and modern lounge music to the world.

Some of their tracks are instrumental, but there are also some which features sultry voices of a woman, and the husky speaking voice of a man – all in Italian. And true enough, Italian language is something that sounds so melodic to almost everybody, that it always sounds as if they are always singing.

Veloso was published at the end of 2006 by Fanfaron Records, although the band chose to share it online for free through Jamendo. We would love to tell more about BBB, but it seems that almost all of their blogs are in Italian and we can only put as much as the translator could tell us.

Boom Boom Beckett has never done any live shows outside of Italy, although a number of virtual fans are putting their songs in podcasts.

Some of my favorite tracks in the album would be Oat Flakes, with its 3/4 time signature and a woman singing Italian. Macedonia, on the other hand, sounds so sexy, seductive, and sultry – you would probably want to grab someone and dance to its slow-fast-slow saxophone melodies and husky Italian male’s voice.