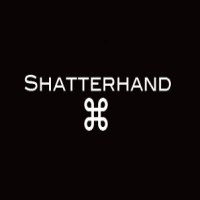 With thubthumping drums, sweeping guitars reminiscent of a 70s guitar solo, and monotone vocals you would expect from an “alternative” band, Shatterhand doesn’t break boundaries. They do succeed, however, in covering the basics of what progressive and alternative music means.

Citing diverse influences like “Jeff Martin, Peter Gabriel, Porcupine Tree, and 80’s music,” it’s hardly surprising that the band sounds like they do.
Shatterhand’s self-titled album is composed of 9 songs that are as typical as they come. With the standard slow acoustic guitar intro in Day by Day, the contemplation of existence in the Edge of the World, and the obvious cry for help in Drowning Man. Although I must admit I like the world music elements that the band incorporated, the rest of it is simply too haphazard to accept as a coherent album. It’s like asking Dream Theater to perform with Scott Stapp on vocals, complete with rather dry and simplistic lyrics.

To the band’s credit, it was a good attempt even if I personally think that it fell short. A little more honing and crafting can go a long way and who knows the band might just get to the right brew they were hoping to create in the first place.

Shatterhand’s album is available for free download under a creative commons license. You can get these download links here as well as get updated about the band by visiting the site links below.

This work is licensed under a Creative Commons Licence.