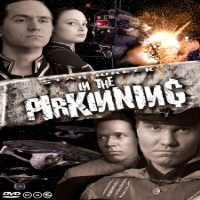 Perhaps one of the most elaborate fan movies ever made, Star Wreck: In the Pirkinning is definitely a movie to watch if you want a good laugh. A movie that started off as five friends decided to create a good satirical and dark sci-fi comedy about a crazed leader who is set on world domination, Star Wreck: In the Pirkinning certainly doesn’t disappoint.

Under the direction of Timo Vuorensola, this movie parodies both the Star Trek and the Babylon 5 universe.

Why not join “Captain Pirk” and the “CPP Kickstart” crew as they hatch up a plan to take over the world and even the entire universe.

Star Wreck: In the Pirkinning actually picks off where the previous Star Wreck movie left off. Captain James B. Pirk along with Commander Dwarf and Commander Info is stuck in Earth. Their life in turn of the millennium Earth is appalling. Pirk is seen stuffing himself with food  while Dwarf is shown as being a hot dog vendor. Essentially, their lives were miserable in Earth.

Pirk became tired of the wrecked timeline and decided to take matters into his own hands. Pirk, along with Dwarf and Info, travel to Russia in hopes of locating the spaceship of the Vulgars (referring to the Vulcans on the original series). However, the Captain convinces the Russians to create a new spaceship for him, the C.P.P Kickstart. With the Russian alliance, Pirk effortlessly takes over the world. The only problem was that the problematic and primitive technology used in the Kickstart prevented the captain from taking over other neighborhood planets.

Since Pirk is essentially not very bright and is becoming more and more like a tyrant, he decides to enter the “maggot hole” and take over the worlds beyond. Once he enters, he finds a parallel universe where Earth’s future is different. Earth ended up with a far more sophisticated technology, thus the allusions to Babylon 5.

The crew finds Babylon 13 with Captain Johnny Sherrypie in the helm. Since Pirk unwittingly announced his plan to take over Earth, Sherrypie promises to fight him until the end. The two crews fight each other. At the very end of the movie, Pirk and his crew narrowly escaped the Excavator as they entered the maggot hole. The last part shows Pirk, Info and Dwarf beaming down before the ship explodes. They find themselves in the middle of nowhere; where Info suggests that they are in Earth during the Ice Age period. Info mentions about going on power saving mode so he could prevent everything from happening. While the camera zooms out, it shows that there is space debris on the planet, hinting that they could be in the far future after all and not in the past.

Personally, even if you are not a big Star Trek fan, this movie is easy to enjoy. I must admit, there were funny moments in the film and the obvious parodies were also amusing. However, there were times when the jokes seemed quite forced making it really awkward and out of place. The storyline also needed a bit of tweaking. Moreover, if you are a fanboy and used to the stoic heroism of Captain Kirk in the original series, it might irk you a bit on how moronic “Pirk’s” character is. In fact, getting “irked” might be an understatement.

Nevertheless, the cast and crew deserves good praise for their effort in creating a fan movie of this size. The graphics and battle scenes were also nicely done. In a split second, you would even think that it was the real deal. For a low- budget movie produced by five friends in a two room flat, it’s definitely not bad at all.

This work is licensed under a Creative Commons Attribution-Noncommercial-No Derivative Works 1.0 Finland License.