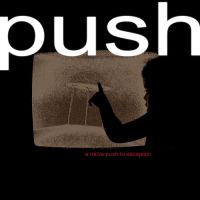 PUSH: A Naive Push to Escapism

The music of PUSH is fundamentally innovative ambient rock that is easy to listen to because of the interesting combination of soft to loud percussions and upbeat melody that builds up slowly in most of the tracks.

What stands out for me is “Dream Sequence” because it is the kind of song that could take on any insomnia bug quite easily. Right now, it’s in my “bedtime playlist.”

A little bit of information about the group—founding members Jon, Bill and Andy were percussion students who were getting “bored” in school. Somehow, their practice sessions in their university paved the way for a big musical epiphany that would later bring new members into the group. Together, they discover and rediscover themselves as artists and they combine their skills to bring out the best possible result: a decent album that sounds so commercial and yet so indie at the same time. The guys don’t care, apparently. When it comes to their album’s direction, they just know that “it’s ok to not have a brilliant new idea as long as you make it something and make it yours.” Now, download their free album, and enjoy a playful kind of rock!

This work is licensed under a Creative Commons Attribution-Noncommercial-No Derivative Works 3.0 United States.