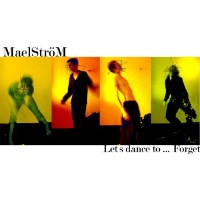 In the mood for a little dance-a-thon in your own apartment? MaelStrĂ¶M’s Let’s Dance to… could work as your soundtrack. Filled with techno, industrial rock sounding tracks, it’s enough to induce some rhythmic body spasms voluntarily or involuntarily.

If you think that this group sounds uncannily like Nine Inch Nails if Trent Reznor had a French tongue, then it’s really no surprise. The group admits to having NIN as one of their major influences. However, they also share that other artists like The Cure and David Bowie have also greatly influenced their sound and the way they create music.

Although majority of their tracks are in their native French, their tracks are still capable of stimulating and getting you to dance like there’s noÂ tomorrow. Rock’n’roll Song is one of the few English tracks they have on the compilation (then again they only say the same thing over and over again.) Eclectic Dance is one of my personal favorites on the cut. It’s like a mix of 80s dance cuts Â and 8 bit arcade sound bits only both are made much (much) cooler. The vocal work on the track isn’t as overwhelming and it fits right in with the pop style beat.

Currently, the group has changed their from MaelStrĂ¶M to MSM63. They are still pretty active and seem to have a lot of stuff brewing for their fans.