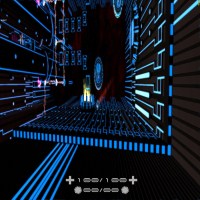 Strange Attractors is a fun and imaginative puzzle game that lets you control the force of gravity using a single button. Yes, you heard that right. All you need to do is press one little button to play the game. Don’t think that it’s going to be simple or utterly boring though. The game incorporates unique graphics and creative gameplay that will certainly give you enough of a challenge.

It was released a couple of years back to great praises. It has become quite popular and already has a successor, Strange Attractors 2.

Created by Ominous Development, Strange Attractors features an interesting set of game mechanics. Basically, your job is to influence gravity all around in order to maneuver your ship around space. The difference is that instead of gravity like here on Earth where it’s considered a downward force; gravity in the game affects all other objects around you. For every reaction that you do, you also cause a reaction to the other objects within your sphere.

There is a timer and you have to get to the next level before that timer strikes down. Hitting all the other objects floating around also helps to buy you enough time.

With its unusual single button game control to the odd orbital physics, it’s definitely a game worth checking out.