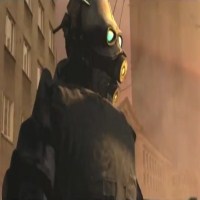 If you were a big fan of the Half-Life video games, you’ll certainly enjoy and find Escape from City 17 nostalgic. Created by The Purchase Brothers, part one of this fan film adaptation was released around February 2009. Now, over two years have passed and the company finally gave Half-Life fans an early Christmas present by releasing part two of the project.

Armed with handy camera equipment and a $500 budget for both films, the Canadian duo set out to create an amazing adaptation that’s critically acclaimed by many and even praised by Valve, the video game company responsible for the popular first person shooter.

Being fans of the video game themselves, the Toronto commercial directors known professionally as The Purchase Brothers, created their own film depicting the escape of several members of the citizens resistance from City 17.

Part one is a bit short but when watching it, you can hardly tell that it was made from scratch with very little time, money and with hardly any crew or script. It’s well made and the effects are pretty cool. The brothers themselves also take part in the action. The first film features Ian Purchase and Derek Chang playing two resistance members trying to escape the city before the bomb explodes.

After the first episode came out, it received rave reviews from fans. Hence, when they finally released Part two last August, a lot of people were ecstatic. True enough, the film didn’t disappoint. This time around it’s a bit longer and set shortly before the events of part one.  Additional characters include a Russian Resistance heroine, played by Julia Tourianski, as well as the third Resistance member, played by David Purchase.

Despite being a low budget film, Escape from City 17 is definitely worth watching. Whether you’re a fan of Half Life or not, you can’t deny that this is one cool film. Considering the quality and how this was made using guerilla-style filmaking, you can’t help but appreciate it.