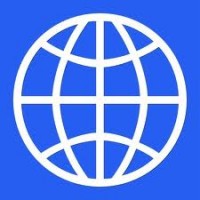 Annoyed with translations where content is making absolutely no sense? iTranslate is an app for all iOS device owners who go from country-to-country and find it difficult to adjust to the local language.

Developed by Sonico Mobile, this mobile app is supposed to be one-of-the-most accurate and advanced in its genre. Yes, iTranslate does pack in a punch with accuracy and smooth feedback.

iTranslate claims to be the best in combining voice recognition technology, machine translation and voice output integration, which together make this app “legendary”. The biggest feature this app can piggy back on is the huge inventory of 50 languages. It does not stop here, as iTranslate has also the ability to translate not only words or phrases, but also full sentences among the languages it supports.

The app comes with an exclusive Conversation mode spinning a very clean interface. What basically happens here is, the typed message in one language is translated to the desired output in a typical iPhone messaging format. Users also have the option to share and save their translations, literally sharing text on Twitter, E-mail or just saving it on the device.

So lets talk about the most important feature of the app and that is Voice Recognition, a very well integrated showstopper. Users just need to speak in their desired language and Volia! The translation is complete without any lag. A very cool addition is the multilingual dictionary which apart from giving the meanings of words also throws up additional suggestions when it comes to words similar.

Some of the most popular language translations iTranslate supports is Finnish, German, Greek, Chinese, Czech, Hindi, Russian, English and many more. Version 5.0.5 also brings in support for Mandarin Chinese and Australian English, truly making this a global app. Users do note that the voice recognition feature is limited to the 18 free, all additional languages are to be purchased separately.

iTranslate is a very useful app for the globe trotter and works quite well with the thoughtful integration. There is also a paid version available on the app store at $1.99 which eliminates all advertisements, keep in ming, however, that after upgrading from the free version you will no be able to transfer purchases you made earlier to the paid app.

The downside to the iTranslate is the need for the device to be connected to the internet for usage, a big problem for iPod Touch and iPad Wi-Fi only users. Also, there is no iPad specific app and users will have to live with the windowed mode on their tablets until an update. Overall, the app makes up for these drawbacks with its functionality and the plethora of options it has to offer.