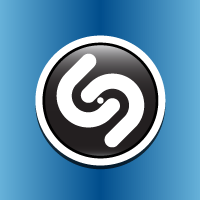 You play with the radio frequency in your car and suddenly hear a song that makes you go “Oo La la”, but have just no clue about the song. Well, here comes Shazam to the rescue. This piece of software helps in identifying a song by just listening to a part of it. Shazam is one of the most ideal music identifying apps over multiple platforms.

Developed by Shazam Entertainment Ltd., the quality is assured and so are the future updates to the app. Music buffs who just love hearing the songs on the radio and need to download in an easy way, should have Shazam installed on their devices.

The app works in a very simple way; users need to launch the app and record the song clip they seek information on. Shazam then sends the preview to its servers and based on the matching of acoustic fingerprints, the app sends the song and artist name in a jiffy. The new update also removes any restrictions on the number of song tagging, so users can Shazam to their hearts content.

So how does the magic work? Does Shazam really have a rabbit in the hat? Well, we can say that. The Shazam server has a database of over 8 million songs. So when the server is sent a request for identification, the track is broken into a simple numeric signature-attached with a code unique to each song in the database. Users will be shocked how accurate Shazam’s fingerprinting process is.

The iOS app provides just more than song identification. Users with the data fetched can also buy the track from iTunes or look up for the related video, concert and artist clippings on Youtube. The whole integration is very neat and flows in a unified direction. Users can also share their favorite tracks via Facebook and Twitter. Additionally, new music can be easily discovered through Shazam friends and Shazam charts. The app scores big time, not only due to its functionality, but also because of the fact that it is available on a range of mobile platforms (download from the official website).

Overall, the app is great and users love it for the accuracy it lives upto. There are also two paid versions, namely, Shazam Encore and (Shazam)RED both retailing at $5.99, though in (Shazam)RED 20% of the price goes as proceeds towards HIV/AIDS programs in Africa. This is a must have app for every music-buff, who finds himself/herself at a confused state on hearing a track. A big thumbs-up and a highly recommended app.