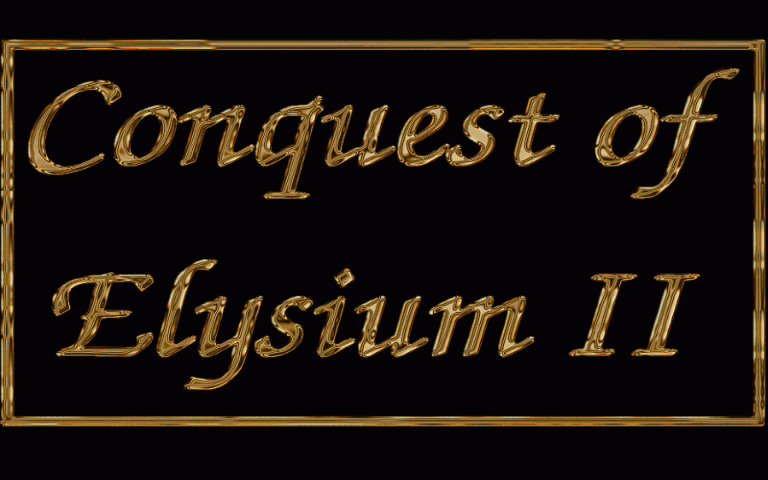 Conquest of Elysium II is one game that is sure to take old-time gamers down the memory lane. It is not for the hi-def gaming fans, but for point-and-click enthusiasts with a love for objectives, hours of endless fun, and a bit of strategic thinking thrown-in here and there.

Created by Illwinter, the same developer who have churned out exciting titles like Dominions, Dominions II, Dominions III and is currently busy updating Conquest of Elysium 3, the game is surely a gem.

Conquest of Elysium II puts you in a war situation with the sole motive of preparing for any invasion coming your way. The way you conquer locations greatly depends on your income and resources in the game. So its a no-brainer – the more, the better. In the game, Citadels are special structures that help in the recruiting of units and their deployment. The citadels range from castles, wooden watchtowers, and even large cities.

Conquest of Elysium II offers a rich game-play and up to twenty different character classes to choose from; each one sporting their own attributes and special abilities. So your choices vary from anything from the Demonologist, who collects human sacrifices and uses this ability to bring together the demons he can summon, to the Enchanter, who can bring the non living back to life. The other characters include, Blood-Thirsty Vampires, Insane Necromancers, Brutal Barbarians, Sinister Shamans and more.

Every character offers its advantages, but the drawbacks are no less evident. So the integral part of the entire game-play circles around the resources available in hand to the player, and the strategies being adopted according to the given situation.

The gaming environments are not very graphic-intensive, but has the entire old-school arcade gaming style written all over it. Something the gamers of the 90’s era would certainly love. And all of this action, including multiplayer support for up to 8 players (only hotseat, no LAN), immersible strategies, is available for free. Give this game a try and get to know how one of the greatest fantasy series came to be.