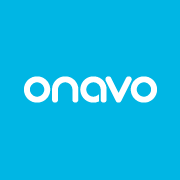 Love using high-speed 3G/4G on your device and multiplayer games just do not let you put your handset away? Do you go over your data plan turning the phone bill into a shocker to the wallet? To avoid such mishaps, users should download the Onavo app, which just might become your best friend.

Created by Onavo, the developer have managed to make a very productive app without any visible glitches and a top performance.

3G connectivity hogs up a lot of precious data. It really becomes a pain for users to keep an accurate check on their data usage, limits and over-usage. Here is when Onavo enters the scene giving users real-time updates about total data consumed during a particular period of time.

Onavo has a very clean user-interface on a white background with bold lettering, making text easy to read and understand. On firing up the app for the first-time, users get options ranging from Data Plan Advice, which includes Current Data Cap, Data used in the present month, Estimated data usage, and Average plan usage to Data usage over time in a month.

Another very neat addition to the app is App Watch; this feature tracks the data being consumed by various apps at any given point of time. Also, if advanced details are to be seen, then the app shows a graph with the option of blocking the app or uninstalling it. Usage profile is the last function of the app, which shows a more detailed bar-graph of the total data consumed during a particular time, say between 24:00 to 5:00.

Talking about the widgets, the Android ecosystem loves widgets and no one knows that better than the developer of Onavo. The app has to offer three widgets and all three are sized so well, that they can exist on the same homepage all at once (Android). On the iOS version, the app has a better user-interface though, with options featuring click buttons.

Overall, the app is good and quite accurate with a +/- error tolerance. A great app with high on productivity on the whole.