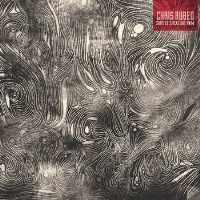 Chris Rubeo’s music is the kind you’d normally hear at some quiet coffee shop as you enjoy your cup of joe and soak in the good day.

The short EP is comprised of 5 simple tracks that flourish with great harmonies,  interesting instruments and a beautiful, laid back vibe. The Boston singer not only sings solo but also performs for another sweet band called, The Sparrows.

Ships of Sticks and Twine was released last September 2011 and offered as a free download over at the singer’s BandCamp page.

Armed with his acoustic guitar, soothing vocals and a range of dreamland-inducing melodies, Chris Rubeo’s EP, Ships of Sticks and Twine perfectly serve as accompaniment for your quiet musings.

Fairly new in the scene, the album was helped funded by a campaign in Kickstarter. The result is a compilation that resonates with a folkish noir charm. Opening the quaint EP is Snow Pt. 3; a guitar-infused acoustic cut that calls to mind cold winter mornings. Followed by Ghosts; this second track is more upbeat and uses a wide variety of instruments from violins, vocal harmonies and even minor handclaps. There’s such a lush wall of sound coming from this simple track that it’s hard not to admire it. Perhaps the best part is that it’s quite a catchy single.

Brave, meanwhile, sees the singer collaborate with a female vocalist whose enchanting voice adds a layer of depth and additional sweetness to the number. Finally, the EP is capped with the title track, Ships of Sticks and Twine.

It’s easy to attribute the adjectives, beautiful and endearing to the record however, it’s more than that. It contains a special bit of rawness in its little folds which turn it from a passing listen into a possible constant companion for the quiet moments in your life. Listen and enjoy!