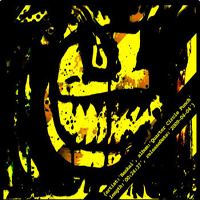 If you think Bankai is a word that sounds like a positively explosion, then you and Will Dayble, the creative mind behind the electronic music Bankai, have one thing in common. According to Will, the stage name is from an anime series called Bleach, where characters perform the Bankai, a sort of “final ultimate power realease”. The Bankai results in huge explosions and, it goes without saying, sends the opponent off to lick his wounds. That exact same power is probably what you’d get after hearing to Bankai’s music.

The album, Quarter Circle Punch, is licensed with Creative Commons. Yes, from torrents to wav downloads, everything in this EP is free for everyone to download and mesh with their own tracks or videos. In fact, since he released the Quarter Circle Punch, Will literally saw it evolve in the Internet. It got mixed, remixed, and integrated with videos in Youtube among a few other things. And what’s his take on the way his music has gotten people inspired? “That’s such a win.” This statement alone explains how much he supports peer-to-peer sharing over the net.

Bankai’s songs, as he himself explains, is about the tune that precedes the fight scene music. He tries to evoke that “manic, grandiose feeling” that something big is about to happen. Those big things, according to him, are those small victories: climbing a tree, getting laid as a teenager, feeling invincible on a BMX home made ramp, beating the crap out of the school bully as a kid.

At first I wasn’t exactly sure what he meant when he made these allusions. Having listened to his EP, though, I got to understand what he was trying to say. And how was he able to deliver his message? He has his laptop, which he uses after he records tunes using vox, guitar, slap bass, piano, mandolin, and other random things.

Here’s an excerpt from our interview with Will:

This work is licensed under a Creative Commons Attribution-Noncommercial-Share Alike 3.0 Unported License and is available as a free album download (.torrent) from mininova.org. If the torrent doesn’t download because of seeding issues, you can download the album song by song from Bankai’s website.