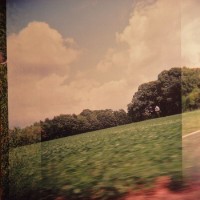 Although fairly new in the music scene, The Local Traumatic is steadily carving their name on the wall.

With touches of indie pop and rock enveloping their sound, it’s easy to get swept away by the punchy, easy listening tracks.

The band hails from Charlotte, North Carolina and are made up of Julia Bullock-Vocals, Christian Spence-Guitar & Vocals, Matt McConomy-Bass and Joshua Thomas-Drums.

Even though the album is a bit rough around the edges, you can already tell that The Local Traumatic is a band worth noticing.

Demo is a lo-fi compilation that opens with the raw sounding, Thieves. The track runs for a little over two minutes and features jangly guitars and uptempo beat. Much of what the band creates is similar to this one. Coupled with strong yet girly vocals as well as an air of slight defiance, the songs easily make a good impression.

It won’t be surprising though  if the band gets compared to more successful lady-fronted acts like maybe Paramore, since their styles are similar.

Of course, The Local Traumatic currently still has one foot inside the indie underground door. However, give them a few years, a more polished and tighter sound; you’ll probably be hearing their tracks over at your local radio station. For the meantime, grab the EP. This isn’t a perfect record but it’s nevertheless a nice one.