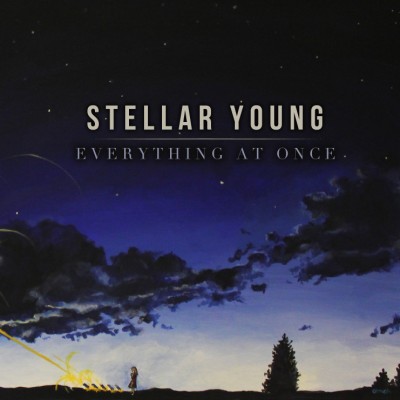 Stellar Young: Everything at Once

For a debut record, Stellar Young definitely places their best foot forward in Everything at Once. This indie alternative rock record might have traces of a bedroom recording but it’s more than enough to satisfy the senses.

Stellar Young (known before as The City Never Sleeps) are based out of Albany, NY. These boys aren’t exactly new in the business, in fact they’ve managed to share the stage with the likes of Paramore and Badfish to name a few.

After years of playing together, Everything at Once marks the boys’ first studio album. From the sound of it, there’s plenty of promise up ahead for this five piece crew.

Everything at Once is comprised of tracks that exude charm and charisma from the moment you listen to it. Opening with upbeat indie pop track, Playing With Guns; the song has a nice catchy rhythm that’s coupled with good guitar riffs and a catchy chant chorus.

Second and third track (Restless and The Universe is a Bully) are both upbeat numbers designed to keep the listener’s attention. They do the job quite well since both tracks are easily likable. In contrast, Speak Now (Good Man) and Dorothy are mid-tempo to slow melodic rock affairs showcasing the bands’ capacity to slow down while still engaging the listener.

Final track, Animals, seals the deal with awesome guitar work running throughout the track as well as some really good rhythm to accompany it.

Overall, the album provides a nice catchy set of tracks that will easily complement any music lover’s taste. Yes, some tracks do sound a bit too much alike but there’s still no denying this is a compilation worth enjoying. It’s the kind you put on and leave on without worrying of one horrible track to grace your ears.
If you love indie rock with touches of pop and good harmonies, Everything at Once will be quite a treat. Enjoy!