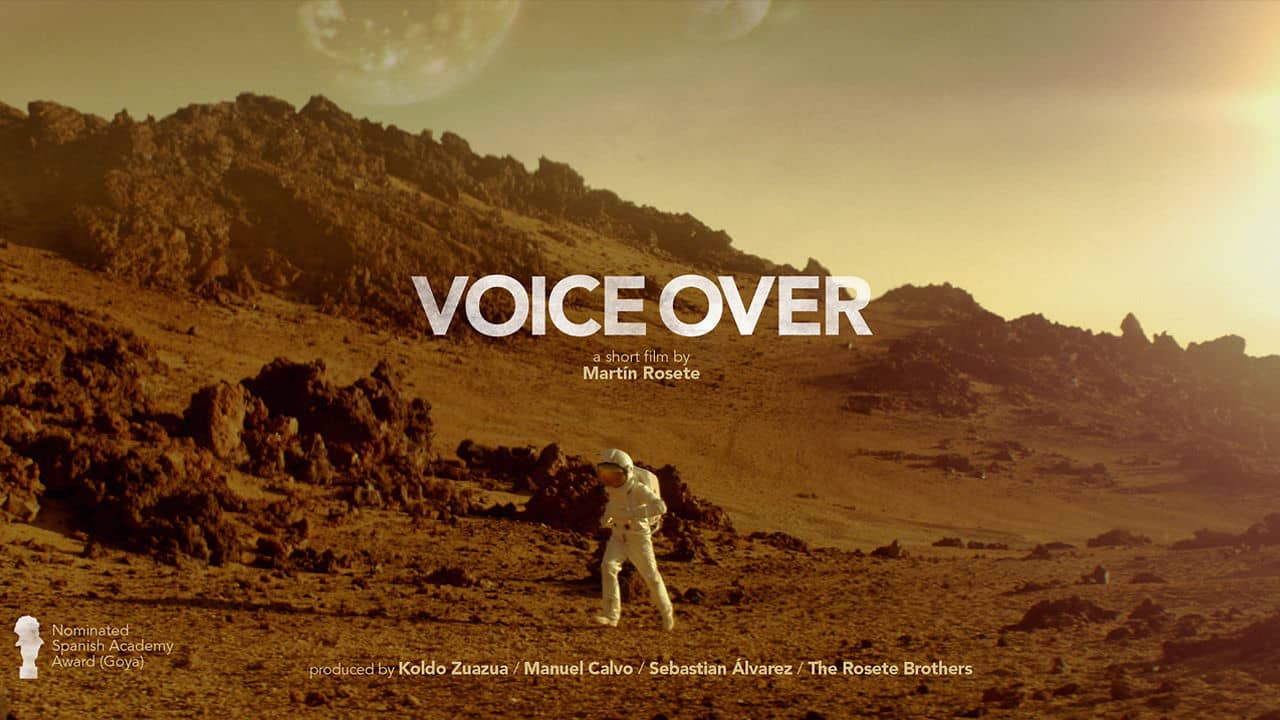 Do you still remember your first kiss, your first swim, or the first time you fought your greatest fear?

In Voice Over, witness how a French narrator jumps from one dramatic near-death scene to another in a struggle within himself to a tell a story. Confusing at it may sound, this short film directed by Martin Rosete blends suspense, comedy, and romance to recreate a non-linear way of storytelling.

With over 92 awards and more than 250 selections, this Goya-Award-nominated film deserves all the rave that it gets because of its honesty and ability to throw the audiences off guard. Another plus point are the polished production. Whether it’s a distant planet, Word War I, or under the sea, the scenarios in the film translates to man’s need to achieve something before his life ends.

The narration, which was animated and quirky, was one of the best gambles that the filmmakers may have done in this film. The narration throughout the short opened a new range of possibilities for storytelling. Through Voice Over, the narrator, which usually plays a minor role to introduce the beginning of a movie, became the foundation of the film.

Voice Over is a visual testament of man’s tendency to over estimate we encounter, reminding us that sometimes, even in the most darkest and crucial hours, a small push or a leap of faith may just be the one you need.

Voice Over stars Jonathan D. Mellor and Feodor Atkine. The brilliant narrative was written by Luiso Berdejo and was produced by Koldo Zuazua, Sebastian Alvarez, and Manuel Calvo.

So take a minute or two from your busy day and just sit back and play because this visually amazing short will make you reflect and may just push you to take your first jump.