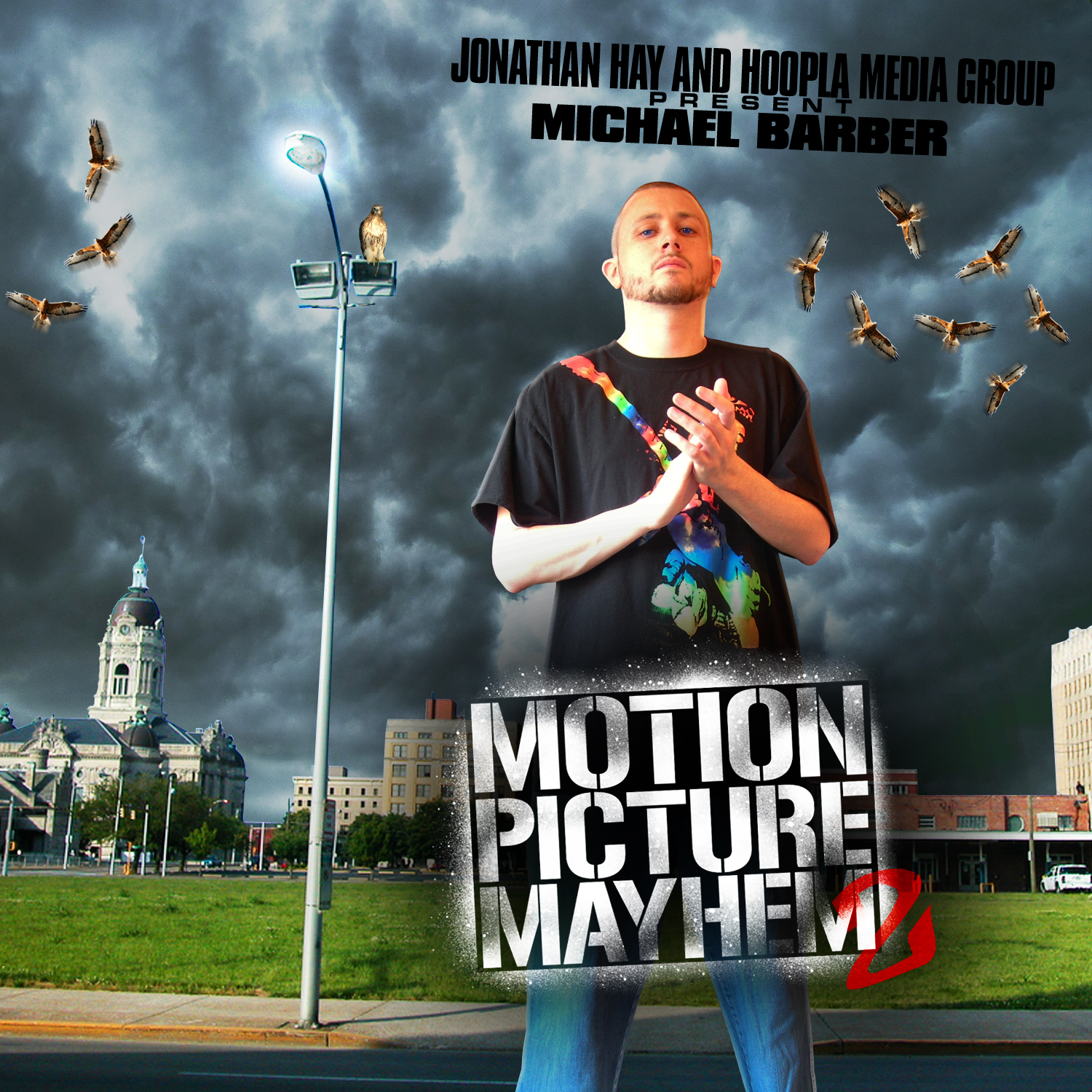 Following the success of Motion Picture Mayhem Series with over 100,000 downloads and about 12,000 hard copy units in 2008, award-winning hip hop lyricist, promoter and tour musician Michael Barber returns with another hip-hop album, ready to become a surefire hit.
Michael has recorded songs with big names in the hip-hop scene such as Akon and Nappy Roots, so make sure to hit it hard when you listen to his music – you’ll end up liking it.

Now a Universal Recording Artist, Michael has recently released Motion Picture Mayhem 2 which is the second part of a five-part series. However, he continued to release the Motion Picture Mayhem series under his own recording label, Rhyme Related Entertainment and T.A.I.D Records, and will be releasing his debut albums, Shotguns and Canned Goods under Universal Records.

What impressed us the most when we first emailed with Michael, was his knowledge of copyrights and licensing rules. Not many hip-hop artists that we dealt with in the past have gone through the trouble of clearing all their samples and we were not able to write about them. Michael Barber took care of all the licensing necessary and even pays royalties on some of the music he used.

Don’t take this guy lightly – he has worked with famous hip-hop artists and also famous DJs. He is a musician, writer, composer, hip-hop artist and tour promoter all rolled into one. But aside from being big, Michael’s feet remains to be on the ground. He never forgets to give back his blessings to the community.

Michael got his start with the rap group Rhyme Related in 2003 touring the country with the likes of Nappy Roots and many different rock bands from 2003 until 2006 when he decided to move forward with a solo career. Since going solo Michael has worked with many famous DJs including DJ Fade, DJ DB Cooper, DJ Shogun, DJ Mo Phatt, and the Wu Tang Clan’s official DJ, Mathematics.

Michael was a headliner at the 2008 Verbal Anarchy Fest in San Antonio performing with some of the countries best talent including Rahzel the Human Beat Box. The event was one stop of four on the 2008 Rap It Up Tour in Texas and Florida that helped to raise awareness of safe sex. The tour featured some of the today’s brightest stars including, Pitbull, Paul Wall, Kia Shine, and Bun B of UGK.

Michael always shows support for benefit shows, such as the ‘Toys for Tots’ which aimed into raising awareness about safe sex and skin cancer. He is also set to be on ‘Protect Ya Neck Tour’ in the spring of 2010.

A talented musician, a great PR person, and an advocate for benefit shows. What more could you ask for?

This work is licensed under a Creative Commons Attribution-Share Alike 3.0 Unported License and is available as a free album download from Archive.org.