Show Me A Dinosaur 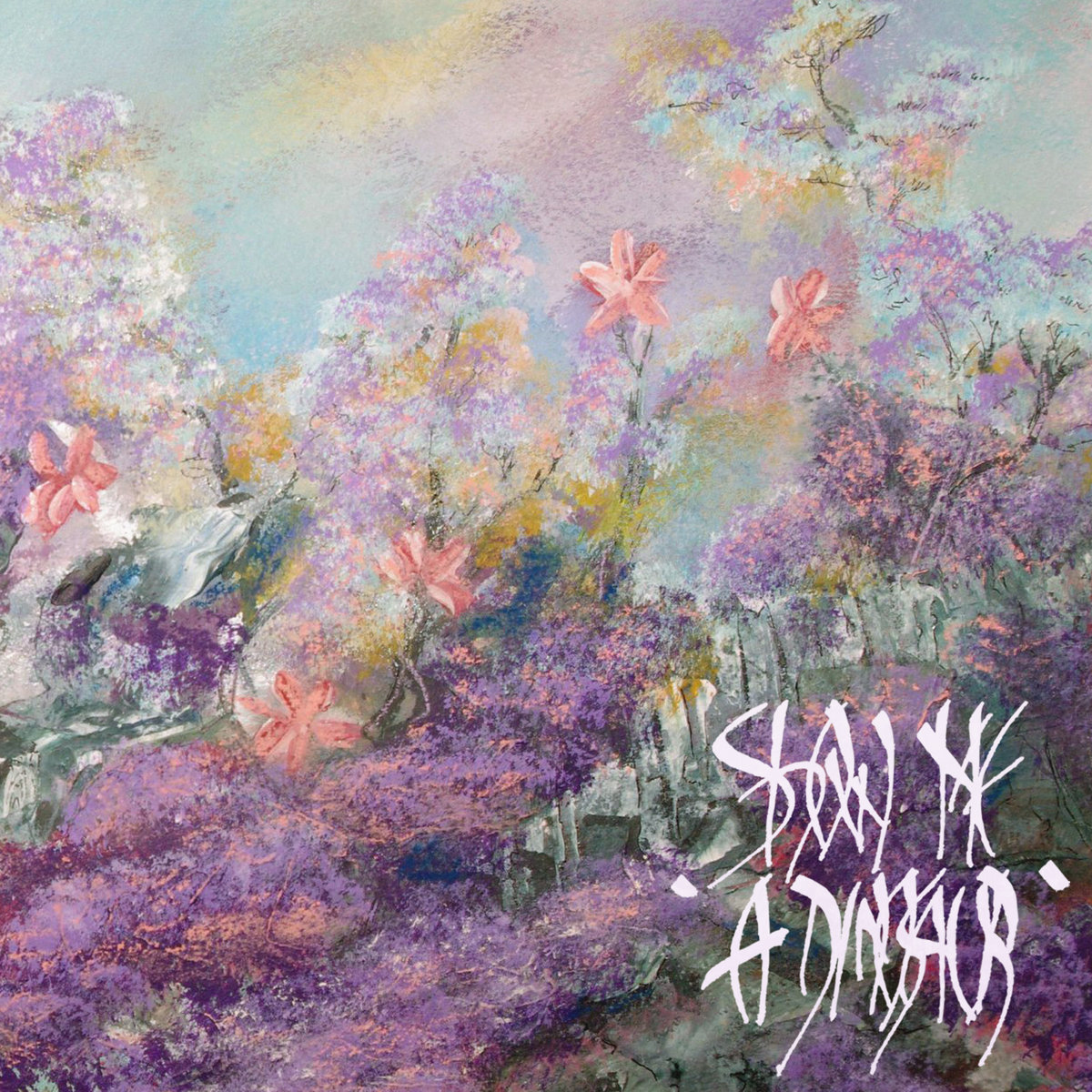 Though the band’s name and the pretty album-cover artwork may be deceiving, Show Me A Dinosaur are a black metal group from Russia, and their latest self-titled effort is their rawest and grittiest record yet. The band’s music follows the style of the post-rock influenced black metal brought into the limelight by acts like Deafheaven and Alcest, and may serve as a great starting point for listeners trying to get into the genre.

Show Me a Dinosaur’s self titled album is an emotional amalgamation of quiet, introspective despair and loud, intense vexation. The record gives us as many soft, acoustic passages as the accompanying bursts of melodic distortion, and you don’t need to understand the Russian lyrics to feel the underlying moods.

The opener Rakev throws us right into the action, enclosing us within its dense walls of murky, screechy guitar chords and Artem Selyugin‘s anguished vocals. The following Vjuga is a little more inclined towards the band’s post-rock/shoegaze influences, with clean instrumentals forming a major part, while Lights begins with a charmingly dreamy guitar riff and slowly descends into a thundering black metal jam.

The band, however, saves the best for the end. The 10-minute long Wojna is meant to be the album’s epic and relies on its tense, slow-burning atmosphere. The track’s quiet acoustic interludes entrance us into composure until we’re hit with the next huge wave of pummeling drums and roaring guitars.