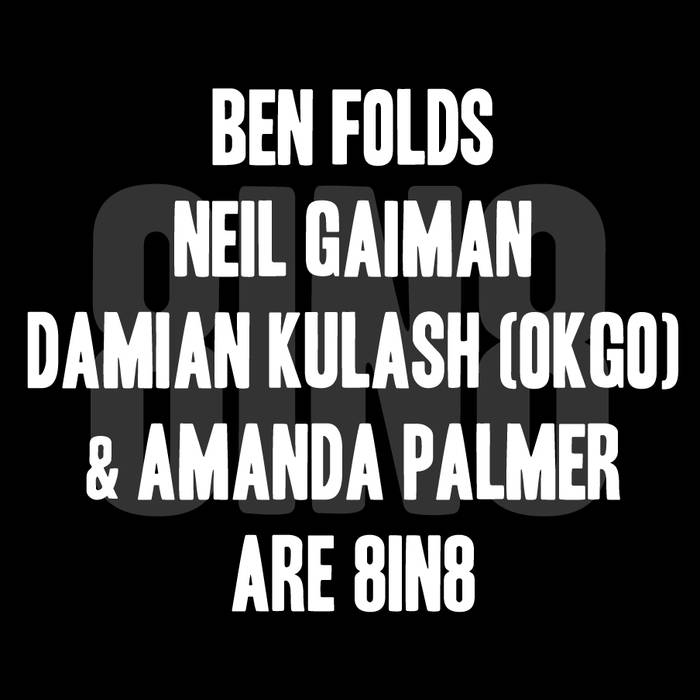 What happens when you combine the talent and creativity of geniuses such as Amanda Palmer, Neil Gaiman, Ben Folds, and Damian Kulash? A collaborative group called 8in8 that’s full of wits, clever rhymes and musical intensity.

In Nighty Night, the group dishes out six tracks that veer from the mainstream musical consumption. Here, Amanda Palmer and company imposes a challenge to listeners — to not only listen but feel, analyze, and imagine.

The first track, Nikola Tesla, sets the beat for what could be the ultimate alt-rock group. Here, the group pays tribute as well as plays with the image of the revered scientific icon by making him, first and foremost, human (and a love interest too). The funny, catchy lyrics are delivered with Amanda Palmer’s raw yet powerful vocals.

Because the Origami follows in a subtler approach with charming keys that captivates the ears in every key. A personal favorite, One Tiny Thing is heartbreaking and at the same time fascinating. Ben Folds did an amazing delivery of the piece, evoking emotions that struck right into the soul.

In The Problem With Saints, Neil Gaiman sings (yes, you heard that right). Here, the famous writer of Sandman and American Gods belts out lines about Joan of Arc with playful piano keys.

Nighty Night by 8in8 is nothing short but brilliant. Besides the big names that collaborated in the collection, the tracks themselves (individual or as a whole) possess a distinct beauty and unpredictability that will leave listeners entertained and at awe.

Track List:
1. Nikola Tesla
2. Because the Origami
3. One Tiny Thing
4. Twelve Line Song
5. I’ll Be My Mirror
6. The Problem With Saints