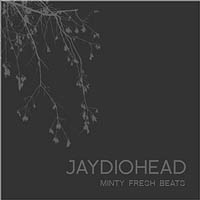 Jaydiohead has already been mentioned on “Last Call with Carson Daly” as well as MTV and The Source and it is getting a lots of press & reviews slowly becoming the new internet ‘thing’. I believe it’s popularity spiked mostly because of the celebrity status of both Jay-Z & Radiohead, but it is definitely worth checking out. It is definitely interesting to hear how those two very different music styles come together.

Make sure to check out jaydiohead.com to watch some cool videos and read about the good press it has received already. Minty Fresh Beats asks: “please download it, give it a listen, share with all your friends and join the fan club if you like it”