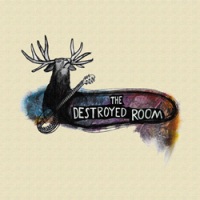 The Destroyed Room was conceived after Sergi (vocalist) simply got tired of letting everybody else create music and wanted to be able to records songs in his room.

The band’s songs range from complex, acoustic to typical, fast punk rock beats found usually in the garage punk scene. This album is full of fun tracks and slightly “emo-ish” vocals and lyrics.Â

Along with friends, Borja,Victor, and Alvaro, the guys holed themselves up in Sergi’s room space and recorded their first EP “Cringe.” This album was widely influenced by American punk bands and the group consistently released other albums based on several key influences like Drive by Truckers, Lucero, The Replacements and in other albums, by alternative pop rock bandÂ TheÂ Lemonheads.

The rest of the other albums are available in CD format while this compilation is available for free download under creative commons. The songs in The First Six Months are comprised of lyrics that conjure up heartbreaks, girls, alcohol and other common gripes of young folks. ItÂ is a mix of the first few tracks that the band recorded during their initial get together.

If you are simply tired of listening to bands that gripe about their life and love life or you simply don’t like songs that are too “Dashboard” sounding, then pass this album up. However, if pop, punk, indie folksy beats is right up your alley, then have a go in listening to this one.