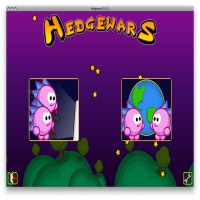 If you were born in a generation where Worms was considered a near equivalent to Mario, then you might want to check Hedgewars. It’s basically the same game except that you are not a worm and it works great in most platforms. Old versions of the Worms game won’t work at all on Vista and most of the current systems today.

Even though it’s essentially a Worms clone, it is awesome. It features really smooth gameplay and graphics are pretty good. Plus, it will definitely give players a great time. Hedgewars definitely proves itself and more as a Worms clone. It gives players tons of options when it comes to gaming. For instance, players can choose to play in single player or multiplayer mode. They can also play online or via a local network. The graphics for the game is pretty good as well and it also includes a fairly decent sound. Players can also choose from a variety of weapons like bazooka’s to exploding watermelons to help them enjoy the game.

Basically, the main objective is to destroy all members of the opposing team and at least have one surviving member from your own team. If you play against the computer, you will be up for a challenge since the computer is a bit tough to beat. However, it is beatable as long as you know your way around the game.

Despite the fun environment and active style gameplay, the controls are a bit awkward. For instance, you can only use your mouse when browsing the environment and when you actually play, you have to use both mouse and arrow keys. Moreover, you will need to press the F key in order to get to your weapon of choice.

Nevertheless, Hedgewars is a pretty fun game to play and even better is that it’s completely free so you can play it all you want, whenever you want.