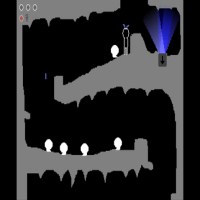 Escape from the Underworld

Ever wonder what it would be like if you were a heavenly being – all powerful and awesome – and you suddenly got thrown out of heaven to wallow in your misery in the underworld? Of course, you’re first plan of action would be to build up your army and get revenge, right? Play Escape from the Underworld and you won’t have to keep wondering anymore.

This 30 minute platformer game has been getting quite the feedback in reviews. Not only does it feature a pretty cool storyline (Lucifer’s biopic, is what I like to call it) but it does this with a kick-ass soundtrack and fun graphics. Created by Banov for a showdown in IndieKombat against fellow indie game developer Andrew Brophy. This is one short but amazingly cool game.

It might be a short game but this one definitely takes the cake for being such a cool shortie. As mentioned, you play a once-powerful angel that had a bit of a mean streak which ultimately landed you on the “good” angel’s most wanted list. After you get caught, you are thrown into the pit of the underworld. So now you have to do rediscover your powers while building your own army to exact your vengeance.

To say that the game is great would be an understatement. For starters, the entire story is told without a shred of text and it focuses on unconventional elements to make it interesting. One thing you’ll notice off the bat is that unlike most platformers that find your characters going from left-right, Banov actually made it to go from right-left signifying that you do “go against the flow, ” so to speak.

Once you get to the underworld, you’re going to have to figure out how to get your powers back. This one takes a bit of time at first. It requires exploring the areas on each level to find them. You start off a total weakling but as you go collecting these energy balls, your’e going to feel this brooding mass of power welling up inside your character

Meanwhile, the graphics are pretty indie. It has that art style/handrawn feel to it. It also has a cool background music and gameplay is quite engaging once you start playing.

On the other hand, controls are pretty interesting as well. When you’re still starting out with no powers, your mobility is limited to left and right. As you regain your strength, you get added movements like jumping and dashing etc. By the time you get all the energy balls you need, you would have become a force to reckon with. Completely ready to hack and slash with a big sword and wings.

I tell you, you really should be downloading this game right now instead of reading this. It only take 30 minutes or so to play anyway and trust me, you’ll definitely have fun.