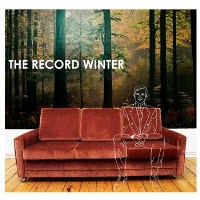 If you’re looking for a great quality quiet indie rock band, The Record Winter just might make your cut. This California four piece have found a niche in playing slow, dreamy rock that’s absolutely hard not to fall for.

The crew has stemmed up from a once thriving San Jose scene and together they create a special portion of the local music scene with their ever melodic and sweet indie rock. This self-titled debut contains 10 beautiful tracks that makes you want to float away into a landscape of dreams.  Most of the cuts on the record are available for download on their Last FM page but if you want to help out the band a bit, you can buy the album by heading over to their BandCamp site.

Initially slated as a one man crew, Dominic Miranda, realized that he needed a drummer to help him out and so came in long-time friend, Matthew Hastings. Aftr three months of writing, singing, and recording the EP, People in Repair, under the moniker “The What Ifs;” the duo began attracting other potential mates. This included former bassist for Keeping Ellis, James Trujillo, and Steven Sczepanik, a former bandmate of Dominic. Thus, The Record Winter was born.

With this line up, the crew has recorded a full length self-titled debut as well as a short demo. The Record Winter album is definitely a must listen record if you admit to being a sucker for lovely quiet and slow indie rock.

Opening with the solemn cut, Are You Ready?; the single  includes sweet, heartfelt vocals, sweeping instruments and a lovely melody. It might sound like a typical cut but it still manages to hit the right spot. Beautiful melodies and wonderful singing definitely make this an awesome introduction to the record.

Meanwhile, Junk, which is a Paul McCartney cover is one of the must-listen cuts in the album. It’s beautiful acoustic-electro sound is simply breathtaking. On the other hand, the album wraps up with an acoustic track, Up The Coast, which makes you think of a night out on the beach, bonfire in place, guitar on hand and a sweet voiced guy singing his heart out.