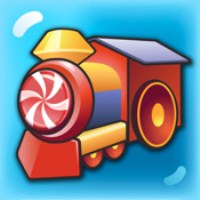 If you were into PopCap games back then, then you must have remembered Candy Train at some point. This simple but entertaining game was a staple on the PopCap roster. In fact, it was even available as a flash game on their website.

Fast forward to now and this addictive game is available as a free download for the iPhone and iPad. The game was released under PopCap’s “indie label,” 4th & Battery where they promised to deliver edgier and experimental games.

I’m not so sure if you can call Candy Train edgy or experimental but one thing’s for sure, it definitely has the charm of a PopCap title: making you want to do nothing but keep playing.

The premise is quite simple. You play an engineer and you have to ensure that the train gets from point A to point B. The problem is that you have an entire block of twisted and mumbled up railway in front of you. Hence, you have to be quick on your feet to fix the tracks and allow a path for the train.  The game also puts you in control of the train’s speed to ensure that you beat the clock and make your candy deliveries successfully.

You have to be careful though when it comes to your time. If you slow down too much, you’ll miss out on the delivery time but if you move too fast then the train might end up crashing if you don’t fix the tracks fast enough. It’s essentially a balancing act.

Overall, the game is pretty endearing. Even though there’s hardly anything special about it, Candy Train still manages to suck in players like a child after candy. It’s bright and colorful graphics as well as simple engaging gameplay is enough to hook anybody who has plenty of time to kill. Give it a try. The game is available as a free download. It certainly won’t disappoint.